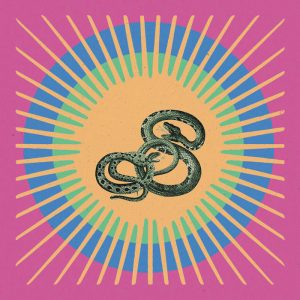 Following up the 7″ split with Mettabbana, we are finally releasing the digital version of “Ikare” alongside an second jam from El Mago “Deadale”. If you missed El Mago’s debut “Kanénas” (YNFND019), this ep might be a good start to get hooked. 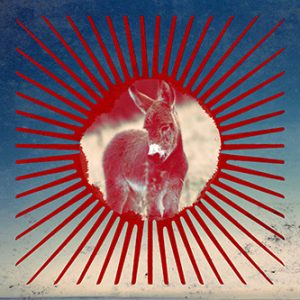 We welcome the persistent producer ROMANSKI under the umbrella.With some continuous escort service into the blue.A mystery tour along decent motion & controlled emotion.Something gets me started, something holds me down, a voice is calling, liquid drops are falling.Tuned percussions respond on synthetic questions about:who are we supposed to be – who´s my saviour on this freepart of programmed symmetry? 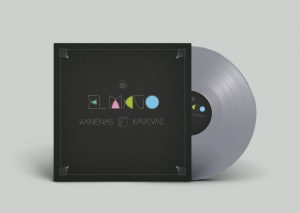 Singer and producer El Mago, based half in Thessaloniki and half in Berlin, ties between two identities as greek and german. Transfusing the roots of urban Greek music `Rembetiko ́ with modern electronica, he symbolises his personal journey with the connection of his two cultural identities. In this way, Rembetiko meets Trap, poetic folk vocalism meets HipHop and the old powers of ambient seas meet the new powers of the Off-Beat. Hereby he creates: ancient bass.

The story of Kanénas is told via 4 Tarot cards, “Gígantes”, “Thálassa”, “Filakí”, “Potámi”. Vicky Papazoglou from London, bridges the old mysticism of the Tarot with contemporary visual dimensions. As an alternative to classic landscapes, thrones or depictions of hell, she vaults us into vast spaces, geometric prisons, and 1000110 demons.  In this manner, she creates: ancient digitalism.

Every Tarot card is chaperoned by a poem. The poet, Lina Rococco from Thessaloniki, isn`t just explaining the cards, she is doing the only thing worth being called poetry: Describing the indescribable – lending words to the unspeakable. You won’t find answers, instead questions so often suppressed. She too, bridges the old with the new and creates: ancient feminism.

A film by Orban Wallace, produced by Gallivant Film 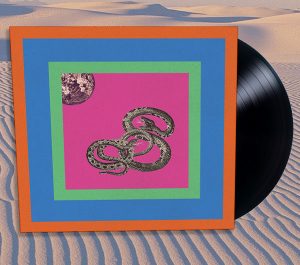 ⦿ BUY ViNYL in OUR SHOP⦿

The wind of change is blowing strong again in late 2020. Wich statement fits such worldwide transformation? We don ́t know, but we keep blending & interacting different cultures. One 7“ vinyl, two sides of the story.

This vinyl will last longer & will survive our thoughts and needs. For any queries: the answer, my friend, is blowing in the wind. 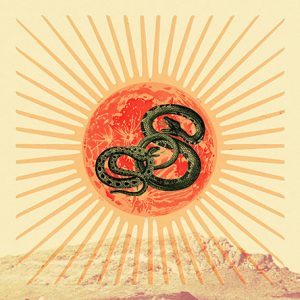 Still you need free in times of isolation –
We supply another soundtrack to it : 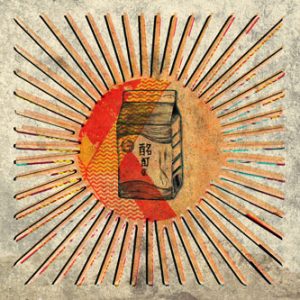 10 is a magic number.
We welcome funkenschleuder to the 10th round of our ynfree serie. 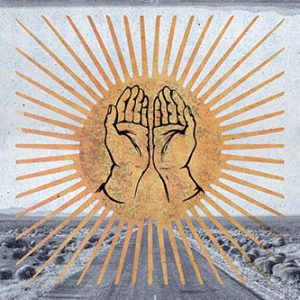 It‘s a dub for the road thats keeps you rolling.
The bass is driving and you are the passenger.
Take a backseat and enjoy the clouds passing by.
R.I.P. Jason Molina. 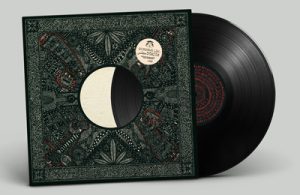 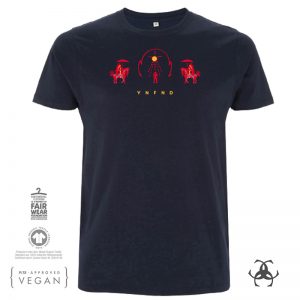 From Mopti to Basel. Hot saharan wind and desert guitar riffs swirl up in rising synths and arpeggios. Now you can see the niger taking its way through the swiss alps. Basel hits the steppe. 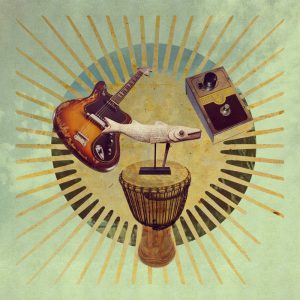 The Swiss duo Twerking Class Heroes comes around with a very groovy, electronic and beat driven version of the Recital Orchestre de Mopti from Mali. 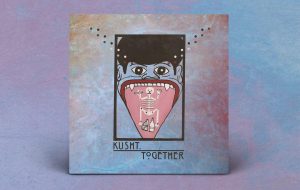 Kusht can already look back on a vivid and versatile back-catalogue but still manages to top it off with a many-sided and thought-out work of art in his signature style. This 12″ full of folkloristic beats has what it needs to become oneofthisyear’s secret weapons, with early support of some of Germany’s acknowledged tastemakers. 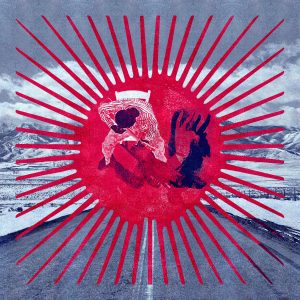 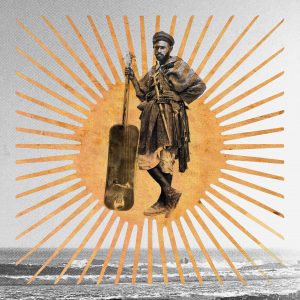 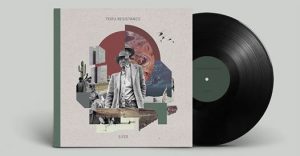 Pigmalião, not only known for his elegant productions, but for digging the vinyl crates, found another gem
in musical history, this time from Japan. Being truthful to Itsuroh Shimoda’s original he extends the percussion line, shapes the bass and adds psychedelic synths that send shivers down your spine.

Martha van Staaten debuts with her first production. An edit of the Lijadu Sister’s original ‘Osupa I’. Skillfully chopped and baked together. Floating guitar hooks, a laid back bass-line and finely-spun rhythms are the ingredients in that ode to the moon. As the wolf howls: ‘a-ooooooooo’.

M.RUX “in the hold” REPRESS in RED ViNYL 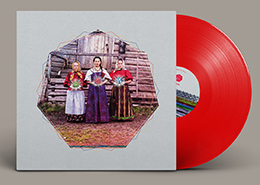 The new release from Berlin-based multi- instrumentalist and DJ, M.RUX, is a something of a contradiction: at once a slow grind in sweaty ecstasy, while at the same time observing you coolly from a distance, legs crossed, tapping one foot gently. The same goes for the construction of the music. Deceptively simple at first listen, each track builds until a complex, dirty-minded concoction of soul samples, melodies, beats and varied sounds becomes clear.

Once upon a time dj Gammler came around the corner with a hint to this scotch guy in Oslo named KUSHT. After mental handshake we met on the slowest dancefloor in town and headed up for more. Here you go with our first affair: A delta of christian spirituals and pop blueprints (your mother would like) by Emmylou Harris – stripped down & reassambled by Buddy aka KUSHT striking for our solid ynFree series at number 5. Shaky beats, petting melodies & potent grooves. May the data be with you.

Come closer to the fire, traveler. Rest.
Observe the sparks rising into the night sky.
Their flight is not random, and neither is ours. 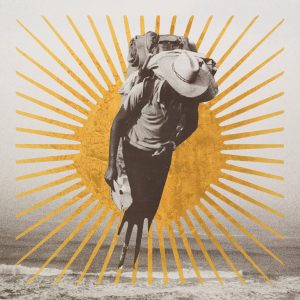 Daniel Holmes and Tofu Resistance teaming up for 7“

“Madonna a dítě (II)” by Daniel Holmes shows off with its stumbling percussion. The vocal sample from an old czechoslovakian record darkens the sky for a second before the organic grooving bass meets synthesizers and beats to illuminate the shade and leads us to a brighter and powerful climax.

“The Awakened“ by Tofu Resistance combines formidable beat skills and soothing instrumentation with a poem of empowerment. Slow grooves and peachy synths accompany a pounding mouth harp and a sample of Alicia Keys voice repeating, “if war is holy?”.

“If war is holy and sex is obscene,
we’ve got it twisted in this lucid dream.“ 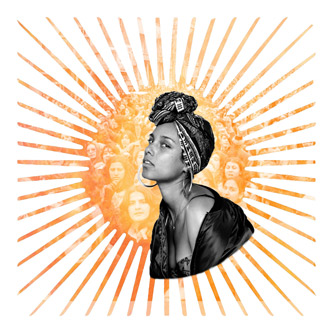 We are thrilled to welcome our friend and collaborator Tofu Resistance to our free download series with a very unique, powerful and expressive arrangement. “The Awakened“ combines formidable beat skills and soothing instrumentation with a poem of empowerment that makes you wonder and think about our current status of equality of gender, race or nationality.

The pioneering debut and one of the most flavoured albums of 2016 –“Tropical Bird Club” by JAJA is back in stock.
Vinyl-repress with updated artworks but equal substance. 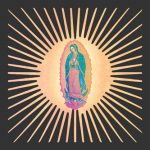 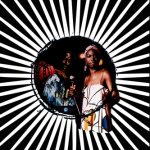 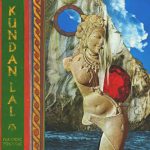 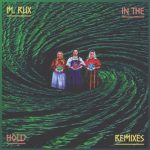 for our international lovers (YNFND in ENGLiSH)

YNFND, born out of an artist collective, event organisation & friendship, this small baltic DIY label is known for its eclectic blend of organic and electronic tunes. Focusing on colorful productions beside the mainstream, YNFND acts as source of inspiration for alternative ways of making & publishing music. Nowadays based around Rostock and Berlin, they are also busy as a booking agency and musical network for artist from all around the world.